Stony Point Development Group applies our Core Values of Respect, Teamwork, Creativity, Integrity and Excellence to each project. We strive to include local stakeholders, architects, civic groups, and community leaders in the development process, and pride ourselves on our sensitivity to local voices and willingness to listen.

In addition to our work in Charlottesville, Virginia, Stony Point Development Group is actively working in Richmond, Virginia and Harwich Port, Massachusetts. 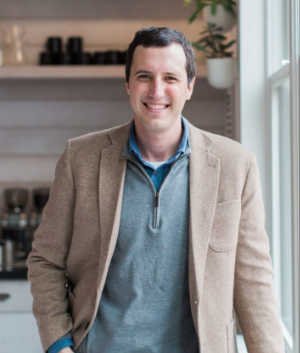 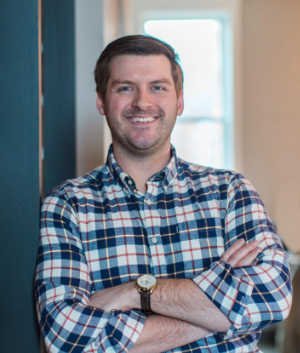 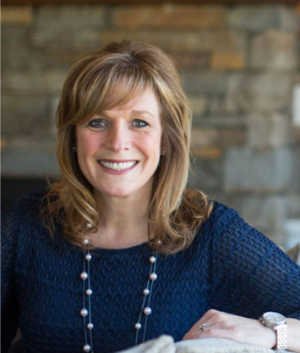 Director of Marketing and PR 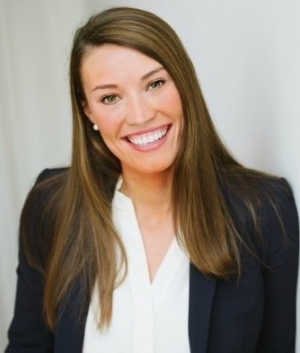 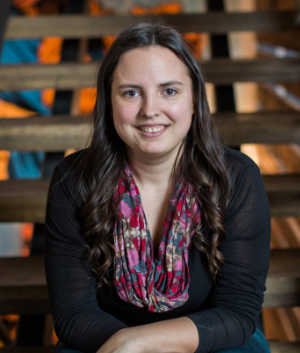 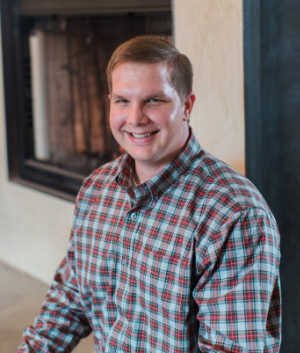 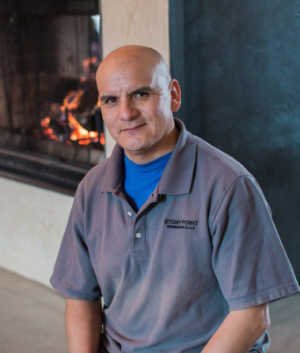 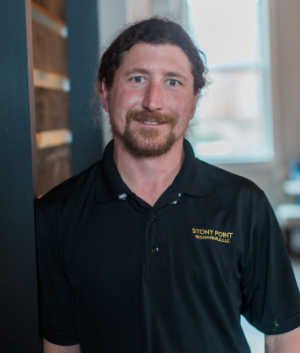 The Charlottesville Regional Chamber of Commerce has selected Christopher A. Henry of Stony Point Development Group to receive the Chamber’s 2019 Christopher Lee Small Business Person of the Year Award.

Our work as developers and designers has provided us with the opportunities to expand outside Charlottesville, and to oversee larger projects not only in our area, but throughout the Commonwealth and beyond.

The Charlottesville Board of Architectural Review had the chance Tuesday to take a first look at plans for the redevelopment of the former Monticello Dairy building on Preston Avenue.

Stony Point Design/Build first unveiled plans in September 2017 for a multi-phase project that will convert the old milk plant into a food hall and retail space for up to 14 vendors called Dairy Market.

2014
Stony Point Design/Build is founded in Charlottesville, Virginia with an emphasis on building semi-custom residential construction and commercial/retail development. 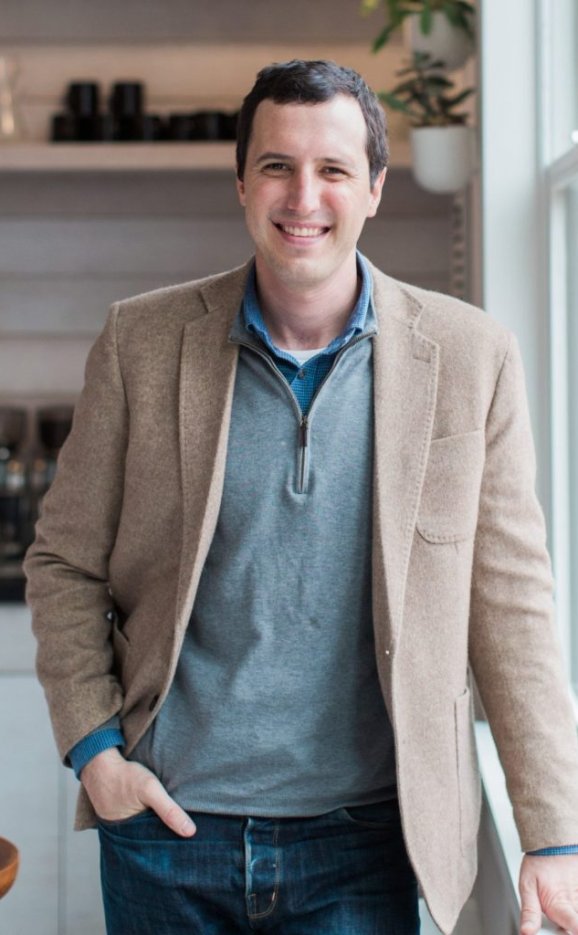 Chris Henry is Co-Founder and President of Stony Point Development Group where he oversees direct acquisition and development of urban mixed-use projects such as Riverside Village, Dairy Central, Harwich Port Commons, and Zion Town Center. Prior to co-founding Stony Point Development Group in 2013, Chris worked with Hill International in Atlanta, GA representing real estate developers on hotel, conference center and speculative office developments. From there, he went on to join the project controls team with Bechtel International in Africa and South America where he gained experience on megaprojects with total invested capital in excess of $500MM.

Chris studied Urban and Environmental Planning at the University of Virginia and holds a Master’s degree in Building Science/Construction Management from Virginia Tech. Chris is active civically as a member of the Executive Committee of the Strategic Housing Partnership and as a member of the inaugural class of Monticello Young Advisors, and was awarded the Christopher Lee Small Businessperson of the Year award by the Charlottesville Chamber of Commerce in 2019. Chris lives in downtown Charlottesville with his wife, two young children, and two labradoodles. 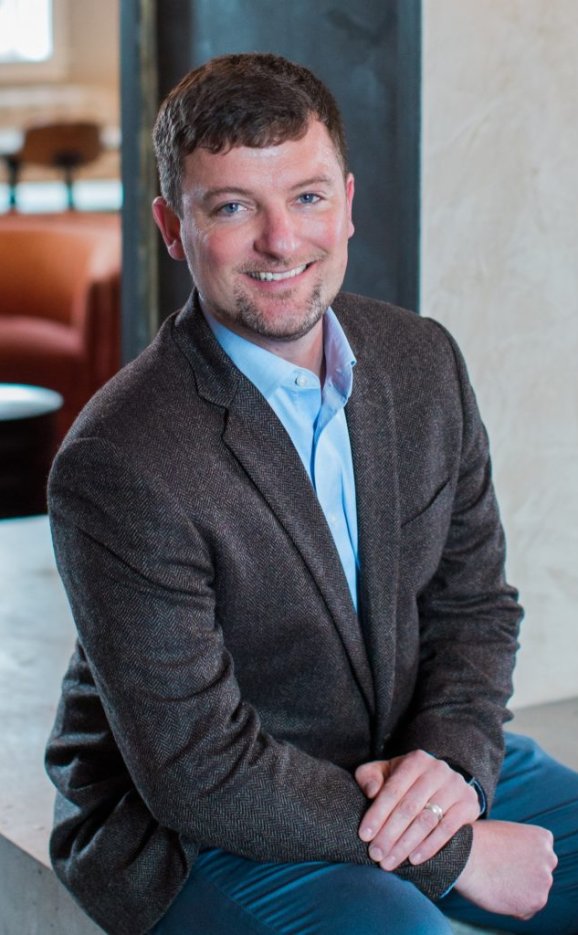 Joshua Batman has a lifetime of experience in the Architecture, Development and Construction industries. His career began in development and construction in his family business, where he completed $20MM in single family and multi-family projects. After graduate studies, he co-founded a design/build firm with internationally recognized architect Joseph Wheeler.

He joined Stony Point Development Group in 2016 and was instrumental in executing on $120MM in direct real estate investment. Outside of Virginia, Joshua interned at SOM with the team responsible for the Burj Khalifa tower on a prototype for industrialized large-scale mixed-use development. Joshua holds an undergraduate Architecture degree from the University of Virginia, and a master’s in architecture from Virginia Tech, where he is a key collaborator in the Virginia Tech FutureHaus program that won the 2018 Solar Decathlon Middle East. Joshua has received several state and local AIA awards and was nominated as the NAHB Young Building Professional of the Year for Region A two years running.

Joshua is on the board of the Thomas Jefferson Community Land Trust, an active member of the ULI, the AIA, the Virginia ELA, and BRHBA. Joshua has full family life with his wife and two daughters. Out of the office he loves boating of any kind, fly fishing, hiking, beaches and fine cuisine. 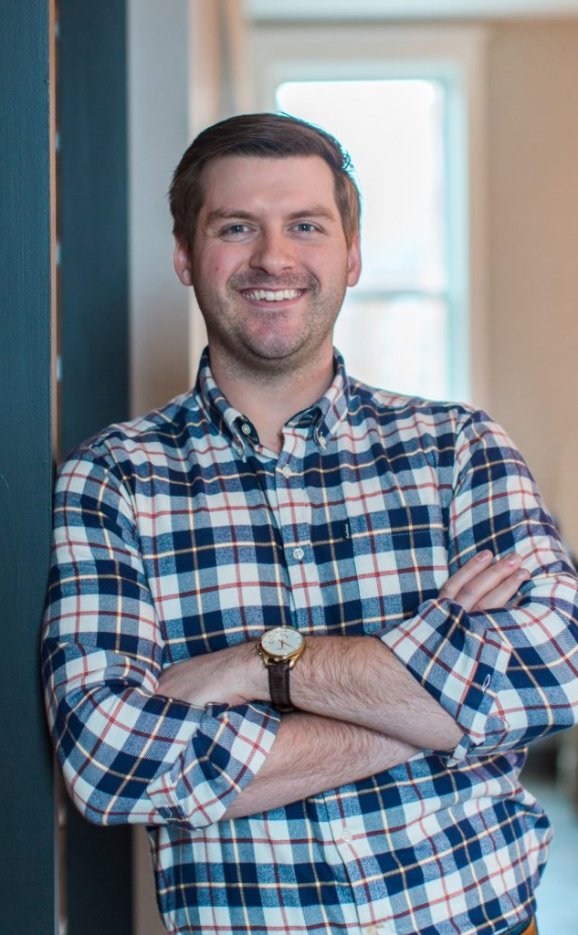 Kevin joined Stony Point Development Group in 2018. His industry experience has been focused on large scale ground up mixed-use developments and value-add investments. Kevin has an undergraduate degree in Civil Engineering from Virginia Tech and an MBA from the Darden School of Business at the University of Virginia. In his spare time, he enjoys the outdoors, cooking, and spending time with friends. 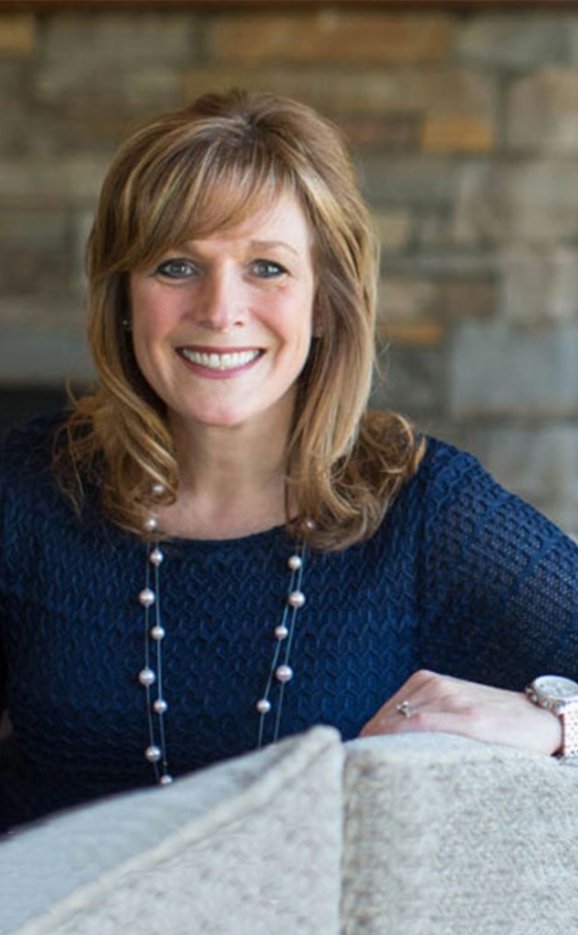 Director of Marketing and PR

Jodi has lived most of her life in Virginia and has loved calling Charlottesville home since 2010. She attended George Mason University. As, the Director of Marketing and PR, Jodi brings over 25 years of experience in Sales, Management, Marketing and Training to Stony Point Development Group, 23 of these exclusively in Real Estate Sales. She has been recognized with top honors and is well respected amongst her peers.

Her passion for excellence is what makes her a true professional. She has an entrepreneurial spirit and zeroes in on the overall customer experience. Jodi is passionate about building, communication and philanthropy. Jodi is also a licensed Realtor with Nest Realty Group, is the current President of the Blue Ridge Home Builders Association and an active member of the Charlottesville Area Association of Realtors. Volunteering and supporting her local community are extremely important to her and she is committed to giving back in any way she can.

Jodi and her husband Chuck have been married for 28 years and have three children. You can find her in her spare time cooking, traveling, spending time with family and friends and enjoying a great glass of wine. 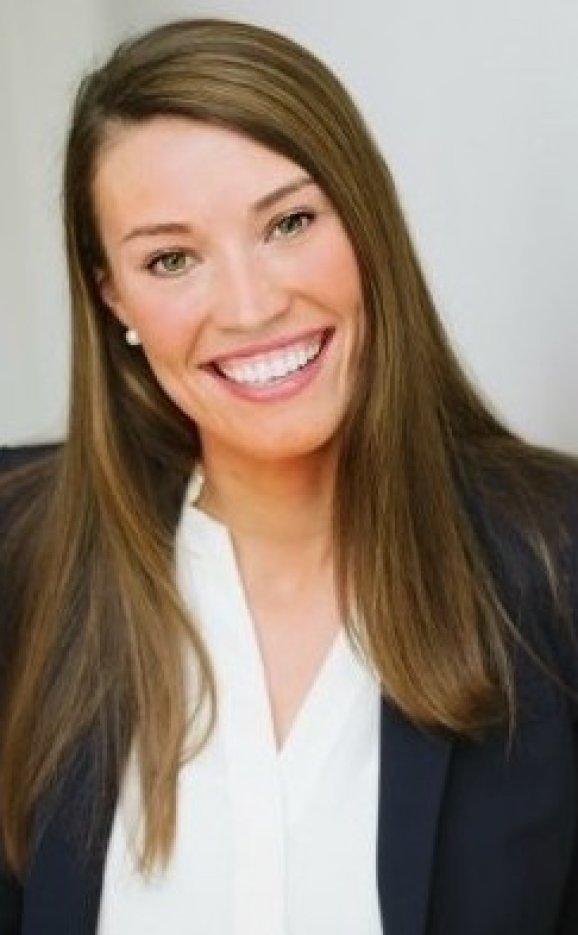 Casey joined Stony Point Development Group as a development associate in 2019 to assist with all aspects of the firm’s commercial portfolio. Originally a native of New Jersey, she arrived in Virginia as a softball player for UVA and has called Charlottesville home ever since. She spent the first chapter of her career assisting the University’s athletics department with capital raising initiatives and subsequently earned her MBA from the Darden School of Business. In her free time, Casey enjoys cooking, riding horses and taking on home improvement projects. 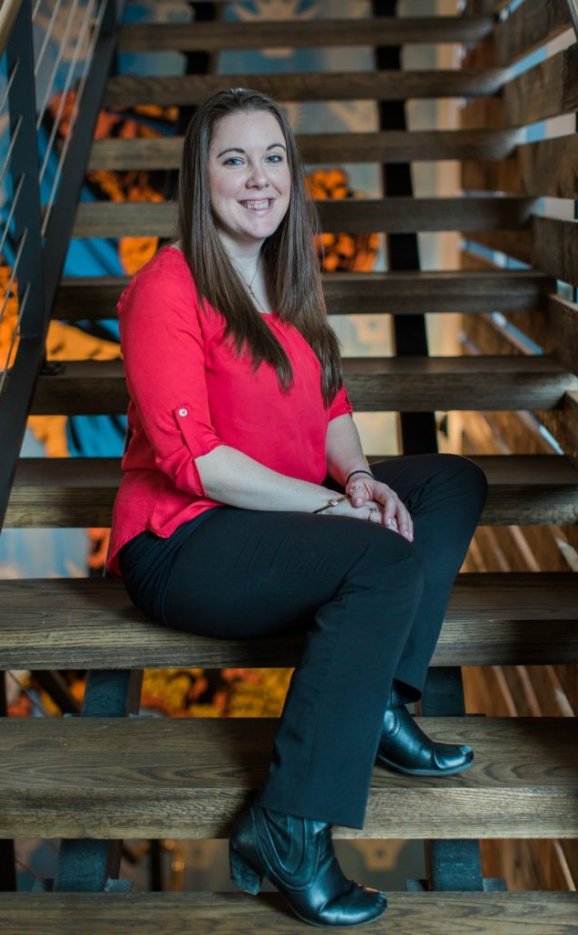 Kristen has lived in Charlottesville most of her life. She received her degree in Business Management and shortly after began her accounting career. She started Property Management and Construction accounting in 2015, joining Stony Point in 2018. Kristen has two boys, Brycen and Brody. In her spare time she enjoys DIY crafts and projects, being outdoors, and spending time with family and friends. 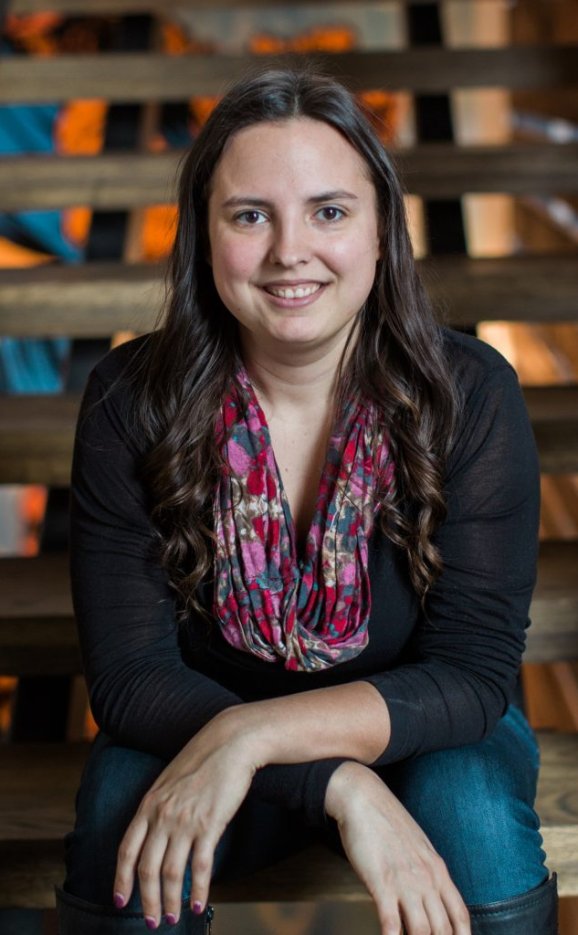 Wendie is a Charlottesville native who joined the team in 2017 a few years after receiving her degree in Physics at Sweet Briar College. As the team’s office manager, she ensures that the office operates efficiently and smoothly while also providing assistance on new projects. In her spare time, you will find her on the dance floor or exploring the Blue Ridge Mountains. 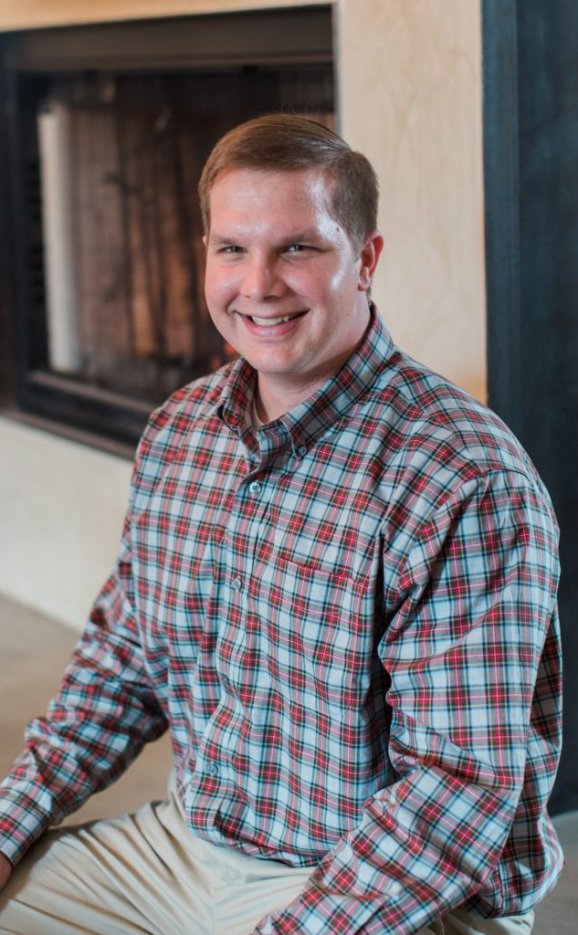 Joe started working for Stony Point Development Group in 2018.  His industry experience and passion for quality building began at an early age working for his family’s residential construction company in North Carolina. He has worked throughout the southeast in several aspects of construction from single family homes to utility scale solar power plants.  Joe has an undergraduate degree in Civil Engineering from UNC Charlotte and has his OSHA 30, NFPA 70E, and Responsible Land Disturber certifications.  In his free time Joe enjoys spending time with friends and family, gardening, and hiking with his dog Maggie. 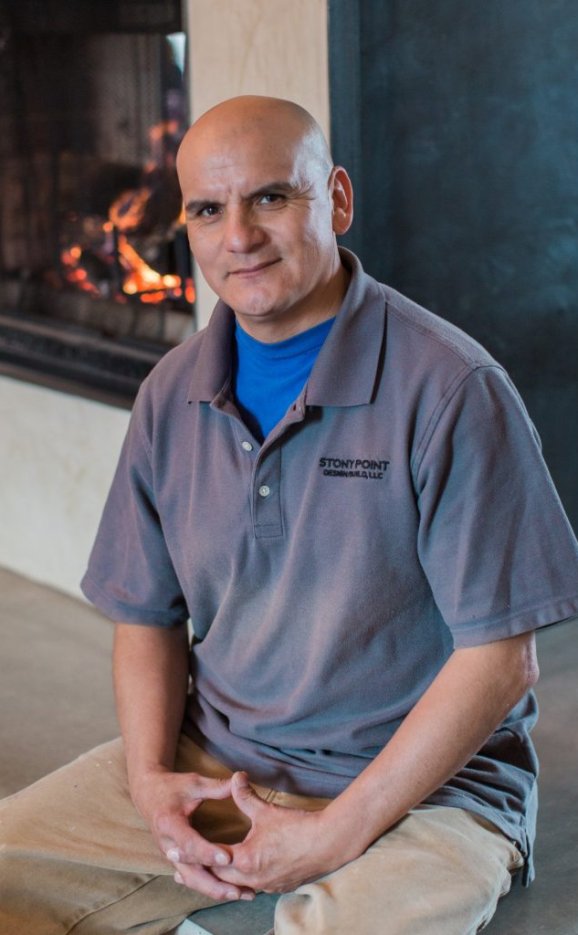 Originally from Bolivia, Juan has been in the construction industry since he moved to the US over 10 years ago. During that time, he has worked for both government and civilian contractors specializing in cabinetry and trim work. Juan officially joined the Stony Point team in January but has been working with us through our trade partners for some time. When he’s not putting the finishing touches on homes, Juan enjoys building furniture, swimming, and riding four wheelers. 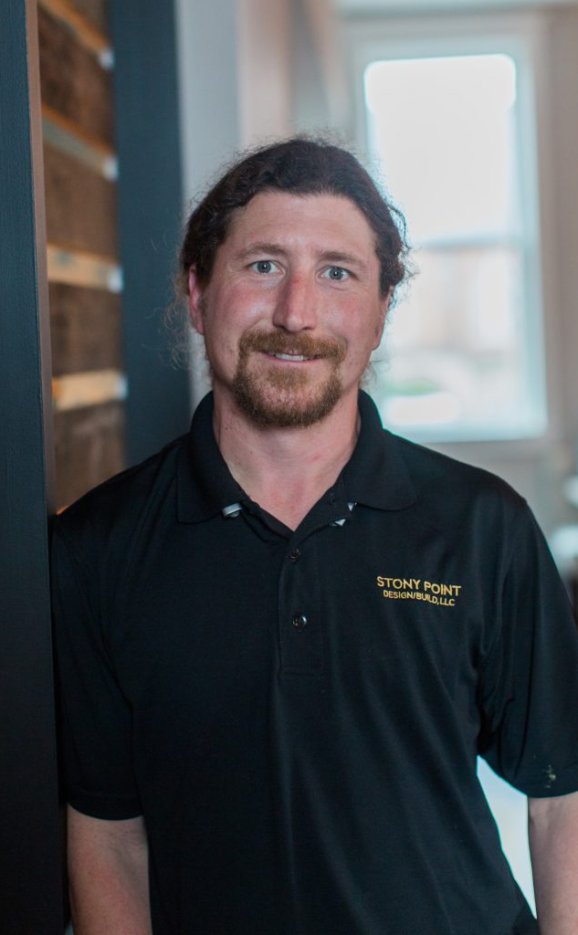 Matt has lived along the Blue Ridge Mountains for most of his life. Recently he spent time living in Alaska, where he studied cold climate housing. Matt has been in construction since the age of 15 and has worked on both residential and commercial projects. He brings a wide breadth of knowledge in all of the trades, with a specialization in carpentry. You can find Matt in his spare time sailing in the gulf or riding an ATV in the mountains of Colorado.